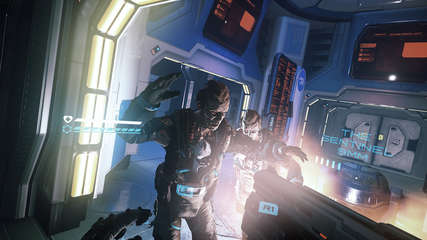 The Persistence challenges you, a clone of security officer Zimri Elder, to survive aboard a doomed deep space colony starship, overrun with horrific and murderous aberrations. You are the last survivor. Your mission? Restore functionality to the ship and somehow make your way back to Earth.

The only thing that stands in the way of saving the starship is an array of clone printed monstrosities, constantly replenished by the ship’s malfunctioning clone printer. If any encounter with these foes proves fatal, Zimri’s consciousness is uploaded into a new host body, ready for the next attempt.

Based on The.Persistence-CODEX ISO release: codex-the.persistence.iso (2,955,378,688 bytes)
The.Persistence.Hotfix.incl.Crackfix-CODEX (34 MB) applied over
100% Lossless & MD5 Perfect: all files are identical to originals after installation
NOTHING ripped, NOTHING re-encoded
Significantly smaller archive size (compressed from 2.8 to 1.3 GB)
Installation takes one minute
After-install integrity check so you could make sure that everything installed properly
HDD space after installation: 5 GB
Repack uses XTool library by Razor12911
At least 2 GB of free RAM (inc. virtual) required for installing this repack
Repack by FitGirl