The Origins Debate: Christian perspectives on creation, evolution, and intellige... 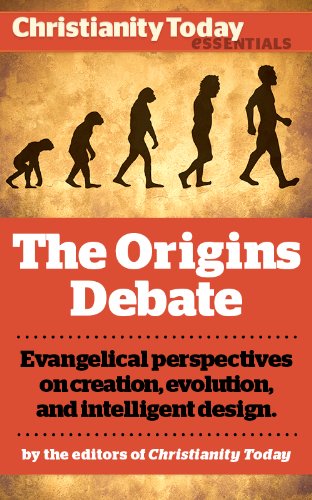 For centuries, Christians have argued exactly what God did “in the beginning.” If this were only a question of science, it would not be so contentious. But theology and science shape one another, and there are few easy answers.

This key collection of essays presents the current state of the debate, showing how Christians have come to their respective views, and what is at stake for the church.

Chapter 1: The Search for the Historical Adam - Richard N. Ostling

Chapter 2: A Tale of Two Scientists: A Young-Earth Creationist and an Evolutionary Creationist - Tim Stafford

Chapter 3: Augustine’s Origin of Species: How the Great Theologian Might Weigh In on the Darwin Debate - Alister McGrath

Chapter 4: We’re Not in Kansas Anymore: The Furor Over Intelligent Design - Nancy Pearcey

Chapter 5: God by the Numbers: Math and the Theology of Origins - Charles Edward White

Chapter 6: What Good is Stardust?: The Remarkably Equipped Universe - Howard J. Van Till

Chapter 7: Your Darwin Is Too Large: Evolution’s Exaggerated Significance for Theology - John Wilson

Chapter 9: The Evolution of Darwin: The Scientist’s Problem with God - Dinesh D’Souza

how to build a