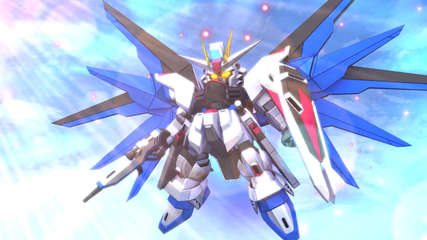 Beyond creation, four eras come together as one!

Discover the latest entry in this iconic Tactical RPG series.

Form your own team of SD Gundams and deploy for battle -- with units from from Mobile Suit Gundam Wing, SEED, 00, and Iron-Blooded Orphans!

Featuring game design unique to the series with Development, Design, and Capture, as well as+ various other strategic elements. Form your own team and deploy for battle!

Based on SD.GUNDAM.G.GENERATION.CROSS.RAYS-CODEX ISO release: codex-sd.gundam.g.generation.cross.rays.iso (44,818,890,752 bytes)
SD.GUNDAM.G.GENERATION.CROSS.RAYS.Update.1.and.Crack-3DM (73 MB) applied over
7 official and 25 unofficial DLCs are activated
Optional Goldberg Emu with controller support is available in NoDVD folder after installation, thanks to spiritovod!
100% Lossless & MD5 Perfect: all files are identical to originals after installation
NOTHING ripped, NOTHING re-encoded
Significantly smaller archive size (compressed from cumulative 41.8 to 31.7 GB)
Installation takes: ~35 minutes on 8-threads CPU; ~70 minutes on 4-threads CPU
After-install integrity check so you could make sure that everything installed properly
HDD space after installation: 47 GB
Language can be changed in game settings
Repack uses XTool library by Razor12911
At least 2 GB of free RAM (inc. virtual) required for installing this repack
Repack by FitGirl

once upon a time s02