ATTENTION! The minimum size of the repack is just 19.1 GB, read repack features section for details. 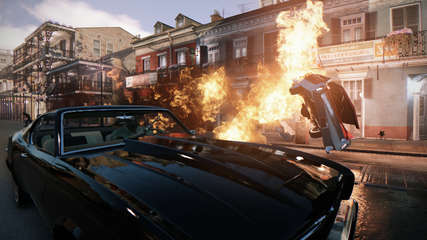 After years of combat in Vietnam, Lincoln Clay knows this truth: family isn’t who you’re born with, it’s who you die for. When his surrogate family is wiped out by the Italian Mafia, Lincoln builds a new family and blazes a path of revenge through the Mafioso responsible.

Based on Mafia.III.Definitive.Edition-CODEX ISO release: codex-mafia.iii.definitive.edition.iso (59,787,542,528 bytes)
100% Lossless & MD5 Perfect: all files are identical to originals after installation
NOTHING ripped, NOTHING re-encoded
Selective download feature: you can skip downloading and installing of voiceover packs you don't need
Significantly smaller archive size (compressed from 55.7 to 19.1~34.5 GB, depending on selected languages)
Installation takes: ~25 minutes on 8-threads CPU; ~50 minutes on 4-threads CPU
After-install integrity check so you could make sure that everything installed properly
HDD space after installation: up to 63 GB
Language can be changed in game settings
Repack uses XTool library by Razor12911
At least 2 GB of free RAM (inc. virtual) required for installing this repack
Repack by FitGirl

You can skip downloading of other voiceovers packs you don't need. Here is the list of selective files:

In example, if you want to launch the game with German UI/Subtitles/Voiceovers - skip all "selective" files, but download fg-selective-german.bin & all main files (01-15).