Description :
Left 4 Dead 2 is a highly regarded sequel to the winner of many awards, Left 4 Dead is the best cooperative game of 2008. In this cooperative first-person horror shooter, you and your friends will go through five large campaigns through cities, swamps and cemeteries of the southern United States, from Savannah to New Orleans.
You have to play for one of the four new survivors, using a variety of furious guns to fight enemies, including updated copies from the first part of the game. In addition, you can pour your aggression on those infected with terrible melee weapons, such as a chainsaw, ax and death pan. You will have to use all these toys against three terribly scary new special infected ones (or they will already be used against you). In addition, you can meet with five "non-standard" ordinary zombies, including the frightening Mud Mud.
The new director takes the addictive gameplay of the first part of the game to a new level. Now he can change the weather, the path of passage, not to mention the number of enemies, effects, sounds and other things that will correspond to your level of play. Each time, L4D2 will “test” you in a new way, changing your approach and adapting to the style of your game. 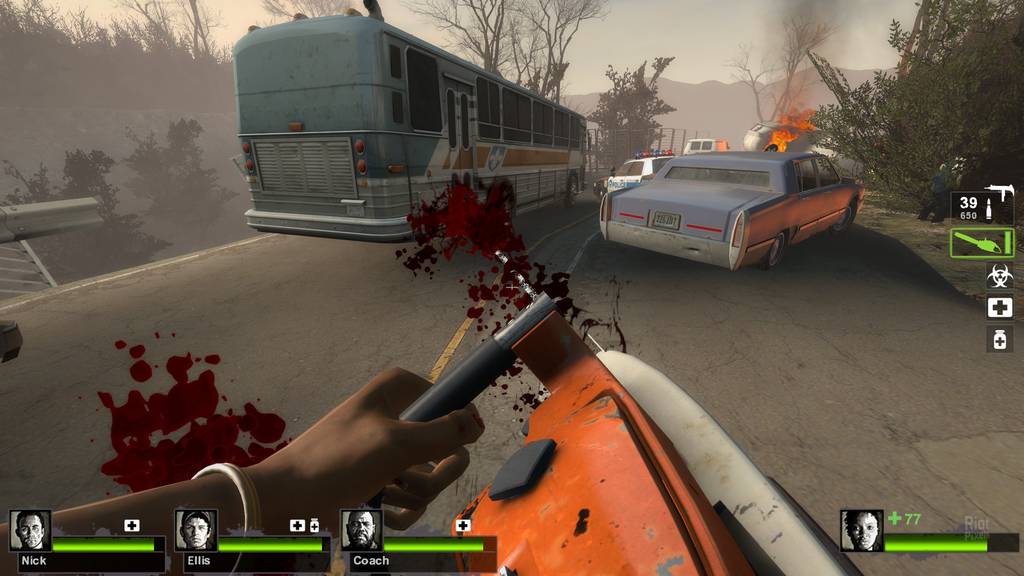 Enter our Matrix Room for technical support and talking about games! It's not Discord but it's open source so it's better!