Review:
After making two whimsical psychedelic pop albums under his alias, Robert Sotelo, in 2017 and 2018, English singer/songwriter Andrew Doig relocated to Glasgow and quickly settled into the vibrant music scene there. Partly inspired by his more-collaborative surroundings, he returns just a year later with Infinite Sprawling. It was recorded with Edwin Stevens (Irma Vep) and Ruari MacLean (Golden Grrrls, Vital Idles) at their home studio. Not unlike Robyn Hitchcock, Sotelo’s musical influences heavily favored the trippier, melodic material of the Beatles and the Kinks on his first two releases, and that remains the case here, if in slightly more expansive settings. The album also features performances by violinist Joan Sweeney (Current Affairs) and Gemma Fleet, both of whom contribute vocals. However, while arrangements are adventurous, the record’s title shouldn’t be overinterpreted; it sticks to an efficient ten tracks, most of which clock in at under three minutes. The lively title song starts with a guitar riff and the nocturnal ruckus of crickets and frogs before spare drums and more-manipulated melodic and harmonic elements join in. Although the songwriter is fond of claiming, à la Seinfeld, that his songs are about nothing, it was inspired by a final trip to Buenos Aires to visit his mother (“What a way to feel small in the infinite sprawling”). The gently kaleidoscopic “The Set Up,” soaks in new living arrangements with harmonic backing vocals, violins, atmospheric guitar, and an insistent chorus full of yeahs. Seeming to invite go-go dancers, the more psychedelic “Mister,” while still melodic, opts for distortion and crashing cymbals, and “Piece of Cake” mixes modern electronics, varied guitar tones, and a quirky tune straight from ’67. Right through the closing electric-guitar ballad “Message of Beauty,” it’s hard to pick highlights on an album full of familiar-feeling melodies, evocative if cryptic lyrics, and arrangements that provide color without clutter. 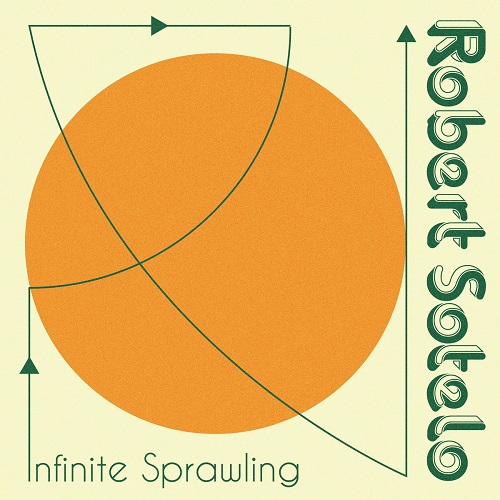 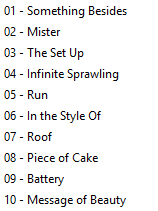