ATTENTION! The minimum size of the repack is just 45.6 MB, read repack features section for details. 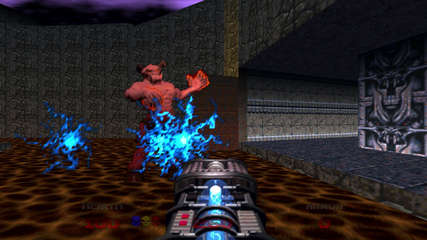 DOOM 64, originally released on the Nintendo 64 in 1997, is now available for the first time on PC.

Fight against demons in your crusade to hunt down the Mother of Demons and stop Hell's invasion. As you battle through more than 30 action-packed levels, be on the lookout for enhanced weapons and secrets to help you put an end to the demonic threat.

Based on DOOM.64-ALI213 release: 93 MB
100% Lossless & MD5 Perfect: all files are identical to originals after installation
NOTHING ripped, NOTHING re-encoded
Selective Download feature: you may skip downloading and installing of developers intro videos
Smaller archive size (compressed from 93 to 45.6/83.2 MB)
Installation takes 3 seconds
After-install integrity check so you could make sure that everything installed properly
HDD space after installation: 98 MB
Language can be changed in game settings
Repack by FitGirl

the spongebob movie sponge on the