Review:
…back in 2001, Jason Simon (as part of his still extant band Dead Meadow) recorded one for John Peel in Fugazi’s home studio. An energetic mix of psychedelia and heavy rock, Dead Meadow settled into a career of stoner rock. Simon has had a parallel career of solo, more experimental music, and from the very first heavily percussive banjo strike on the opening track ‘The Same Dream’, strongly announces that this is music from the backwoods of America. The banjo, perhaps the most divisive instrument of americana, is loud, dominant and heavily amplified, providing a brilliant, strong opening, almost sitar in effect. Nothing else on this album is as distinct or striking, as Simon wanders into a hinterland which is less Deliverance and more cosmic. A lifetime of guitar-work shows with the many pedal effects, flange, wah-wah etc, which increase in prominence as the record progresses. There is though a sense of hold back, a restraint from pushing too far into his band’s territory. ‘The Old Ones’ goes deep with its multi-tracking, echo and dub balanced with its cutting guitar itself cut up, but at 5’33’’ seems far too short, an epic potential curtailed. Title track ‘A Venerable Wreck’ is also dubby with its swampy feel. Final track ‘Without Reason or Right’ suggests tex-mex before reverb takes over to finish the album powerfully and sweetly. HMS Venerable was the victorious flagship in the Battle of Camperdown, but later was wrecked in a gale, many of the crew found to be intoxicated. A Venerable Wreck survives intact, a journey towards the interior to drift into. 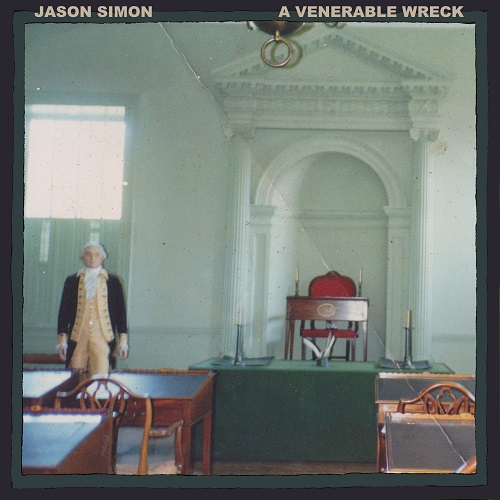 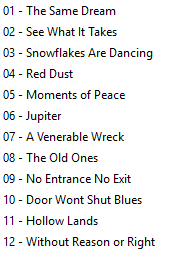