Review:
Kavus Torabi is a busy man. He has worked at the heart of British underground music for decades, playing in bands including The Monsoon Bassoon, Cardiacs, and Guapo. His current commitments, with Gong and as one third of The Utopia Strong, have left him short of time to work with his other band, Knifeworld. So after more than thirty years of music, we have his first solo album, recorded to release the music crowding through his head. The intensely relaxed astral sounds of Hip to the Jag make it clear just how remarkable a place Torabi’s head is, filled with visions that turn the everyday into something strange under a peculiar light. Torabi’s voice is soft, strong, and committed in yearning songs such as ‘A Body of Work’, which relates a fruitless personal quest, its exact nature hard to locate. The nagging melody is reminiscent of Richard Youngs, a fellow seeker with a gift for direct and affecting but otherworldly music. Torabi describes the album as “a letter home from beyond the looking glass”, and there is a consistent sense of something just out of reach, separated by a plane of sonic discord that ebbs and flows. Tracks including ‘The Peacock Throne’ feature an Indian harmonium, which can shift from ambient to disturbed in a blink, shrouding the vocals in a wave of haze. Torabi also deals in simply gorgeous tunes, such as ‘You Broke My Fall’, a song which layers the loveliness until it becomes a paean to friendship. Perhaps unsurprisingly for a musician with Canterbury scene connections, it has the nagging simplicity of Caravan records such as ‘In the Land of Grey and Pink’. The album lifts off into the clouds with haunting journeying on ‘My Cold Dream’, in which Torabi sees a “blazing world” that “frees us together”. Something transformative is happening, but related through creepy electronics, sliced chords and, always, eerily bright vocals. Each track is a voyage, culminating in the final track, ‘Slow Movements’, which patiently layers harmonium drone and blankets of synth over nine minutes. There are deep vibrations, atmospheric interference and a chorus – angelic, demonic or both – and Torabi’s voice melts into the sounds around it, reaching a kind of ecstasy. It is the only possible ending to an album that is ambitious, complex and nothing like the music most people write while on tour. Hip to the Jag is an album full of delight, and a fine contribution to the transcendent, the psychedelic and the glorious. 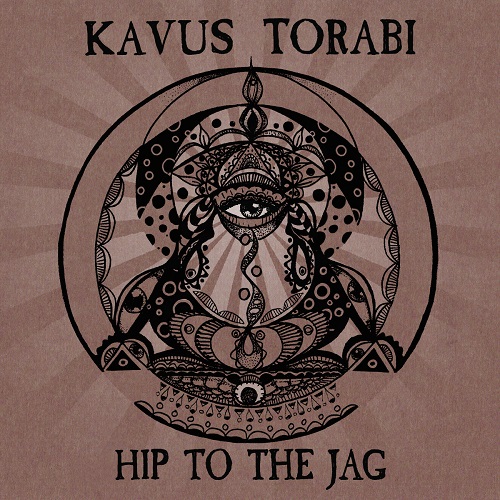